Meet the Animals at Freedom Acres: How Can We Save Animals In Our Daily Lives?

About 30 minutes away from Atlanta, Georgia is a farm that provides shelter to abused and neglected farm animals. It is home to a growing number of animals longing for some love and support.

This place is Freedom Acres, one of the best animal sanctuaries in the US.

Who are the animals at Freedom Acres?

The kinds of animals you see at Freedom Acres include traditionally farmed animals, like chickens, turkeys, horses, and pigs. You may also encounter sheep, who love to play by the way! While they may be the “regular Joes,” each of them has a heart-wrenching backstory.

How do animals end up at sanctuaries?

Some of the best animal sanctuaries in the US are homes to exotic animals, who are often rescued from abandoned, neglected, or dilapidated zoos. There are also others that are now shelters for farmed animals, or dogs and cats used for commercial breeding.

What makes Freedom Acres one of the best animal sanctuaries to visit in the US is how it educates its visitors about the tales of each of its animals:

Some of them might have been on the way to the slaughterhouse. 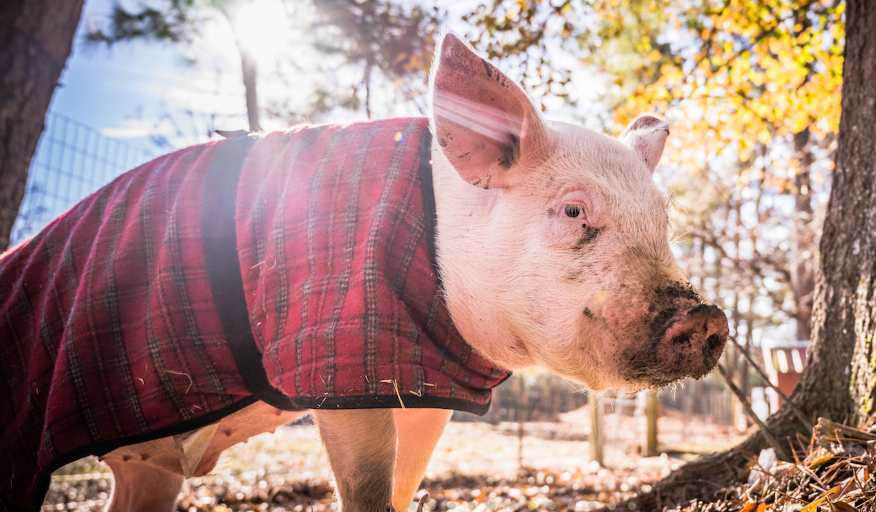 Each animal has a unique story, and we can learn a lot about compassion and love from them. However, besides rescuing animals in need, there are other ways we can save animals from suffering.

How can veganism save animals?

Animal sanctuaries in the US such as Freedom Acres, and others around the world like Juliana’s Animal Sanctuary, make it their lifelong mission to educate the public on the essence of protecting the animals and giving them the freedom and life they deserve.

One of their biggest advocacies is to help individuals understand and ultimately practice veganism. This lifestyle saves not only your health and the environment but also hundreds of animals.

How many animals do you save going vegan? The numbers can vary since there are no official data. Some experts say that one vegan can save at least 95 animals a year. According to the Vegan Society, about 600,000 people are eating this plant-based diet. It then means that vegans can prevent 57 million animals from being killed!

In another report, a meat-eater may consume about 7,000 animals in their lifetime. Just imagine how many animals vegans would save if all 7.5 billion people on our planet didn't eat them. Either way, even if just 1 animal was saved, isn’t it worth it?

The vegan industry is huge today! All the products we buy and the food that we eat has a vegan version on the market. Even if there aren't many physical vegan shops in your town, there are so many 100% vegan online shops now, meaning we have access to everything we want that enables us to live a vegan lifestyle! There are online stores for vegan clothing, vegan dog food, plant-based groceries and home products, and plant-based health and nutrition education. The possibilities are endless!

Today, there’s an urgent need to promote veganism as it can save animals in the following ways:

Freedom Acres and the rest of the best animal sanctuaries around the world strive to live up to their names and purpose: grant the same ability to live as humans. You can support them by fighting for the same right and supporting their causes.

Would you like to know more about our organization or make a donation? Simply fill out the information below and we will be more than happy to contact you.

Rather Make a Phone Call?

No Problem, Give us a call